On October 27, 2020 Rector of the Baku branch of the First Moscow State Medical University named after I.M.Sechenov (Sechenov University) and leading specialist in the field of head and neck oncology of the National Oncology Center of Azerbaijan professor Aziz Aliyev, MD, PhD has issued address to medical universities worldwide about measures taken to prevent military provocations of Armenia against Azerbaijan and the current situation.

These days the attention of the world community is riveted to the conflict over Nagorno-Karabakh between Armenia and Azerbaijan.

Lasting over 30 years, the conflict is characterized by its tragic nature with consequences, which severely have impacted the fate and fortunes of the whole 10 million Azerbaijani people. At the beginning of the 1990s Armenia started military aggression against Azerbaijan, occupied its Nagorno-Karabakh region, the historical region of Azerbaijan, and carried out ethnic cleansing of the occupied area from the local Azerbaijani population. Moreover, Armenia also occupied 7 other regions of Azerbaijan surrounding Nagorno-Karabakh and having the total area that is nearly three times as large as that of Nagorno-Karabakh, 20% of our country’s territory was occupied and one million people became refugees and internally displaced persons as a result of this aggression.

We believe that it is time for the international community to apply the full force of the international law for the restoration of justice, in accordance with the four resolutions of the UN Security Council, which require immediate, full and unconditional withdrawal of Armenian troops from Azerbaijan occupied territories, and other similar decisions of leading international organizations, such as Non-Aligned Movement, OSCE, European Parliament and Organization of Islamic Cooperation. As said Russian President Mr. Vladimir Putin during 17th Annual Meeting of the Valdai International Discussion Club on October 22, 2020: “…we understand that a situation where Azerbaijan has lost a substantial part of its territory cannot continue.”

As said Mrs. Kay Bailey Hutchinson, US Permanent Representative to NATO on Special Online briefing on October 21, 2020 “…NATO is trying to do what the U.S. is doing, what Russia is doing as well, and that is to try to stop the conflict in Nagorno-Karabakh. This is an issue that has been festering for 30 years... It needs to be settled on the issues of the boundary lines and the sovereignty issues.”

Leaders of Armenia year-by-year explicit breaking of the negotiation process and came out with the slogan “Karabakh is Armenia” in spite of fact that just the status of Nagorno-Karabakh is the matter of negotiations. Then followed another slogan, more threatening and implying open aggression: “A new war for new territories”.

President of Azerbaijan Ilham Aliyev brought all of these to the notice of the international community, with specific facts, in his speech at the recent 75th session of the United Nations General Assembly.

The situation escalated to its peak on September 27, 2020, when Armenia’s armed forces deliberately and purposely started shelling positions of our troops from heavy artillery and also bombarded populated areas and civilians. As a result of this attack, there were killed not only among our military personnel, but also civilians were killed. The military aggression compelled Azerbaijan to exercise its right to self-defense in accordance with the United Nations Charter.

Observing the successful counter-offense of Azerbaijan army, which fights for its homeland and only within the borders of its country, Armenia massively shells peaceful towns and villages with cluster bombs that are prohibited by international laws. The fact of the use of prohibited cluster bombs "Smerch" was confirmed by the international organization "Amnesty International's Crisis Response".

As the organization's regional director for Eastern Europe and Central Asia, Ms. Marie Struters, said: “The firing of cluster munitions into civilian areas is cruel and reckless, and causes untold death, injury and misery. Cluster munitions are inherently indiscriminate weapons, and their use in any circumstances is banned under international humanitarian law."

Over the past month, as a result of rocket attacks on peaceful Azerbaijan cities outside the conflict zone, about 84 civilians were killed and more than 350 people were injured, including children. It should be especially noted that these attacks are delivered from within the territory of Armenia, which provokes our country into military retaliation to ensure involvement of third countries in the conflict.

At the same time, Armenia recruits and uses mercenaries from foreign countries, in violation of international norms, as well as internationally broadcasts its calls for terror against Azerbaijan, widely utilizing social networks for this purpose. Otherwise, impunity of the aggressor that makes all efforts, using fake news policy to spread misinformation to the international community and benefiting from their incomplete awareness, can provoke a full-scale regional war with involvement of third countries, which could endanger the whole region and the world.

President of Azerbaijan Mr. Ilham Aliyev in his numerous interview to Russian and other international broadcasting agencies said that: “…a diplomatic solution is on the table. Armenia must liberate the territories around Nagorno-Karabakh. Azerbaijanis must return to these territories, and then live together with the Armenians, who are the same citizens of Azerbaijan, like all other peoples living in the territory of Azerbaijan, in peace and dignity. Our position is this ... The decision is based on the territorial integrity of Azerbaijan. "

Thank you in advance for your understanding. I hope that you will not remain indifferent in this matter for the sake of saving lives and health of people.

The Baku branch of Sechenov University calls on all universities in the world, medical institutions, as well as the medical community to support our multilateral efforts to strengthen the rule of law, protect human rights and fundamental freedoms, and support the just struggle of Azerbaijan!

Address was sent to following universities:

University of Illinois College of Medicine

The University of Sydney

Moscow State university of medicine and dentistry named after A.I.Evdokimov 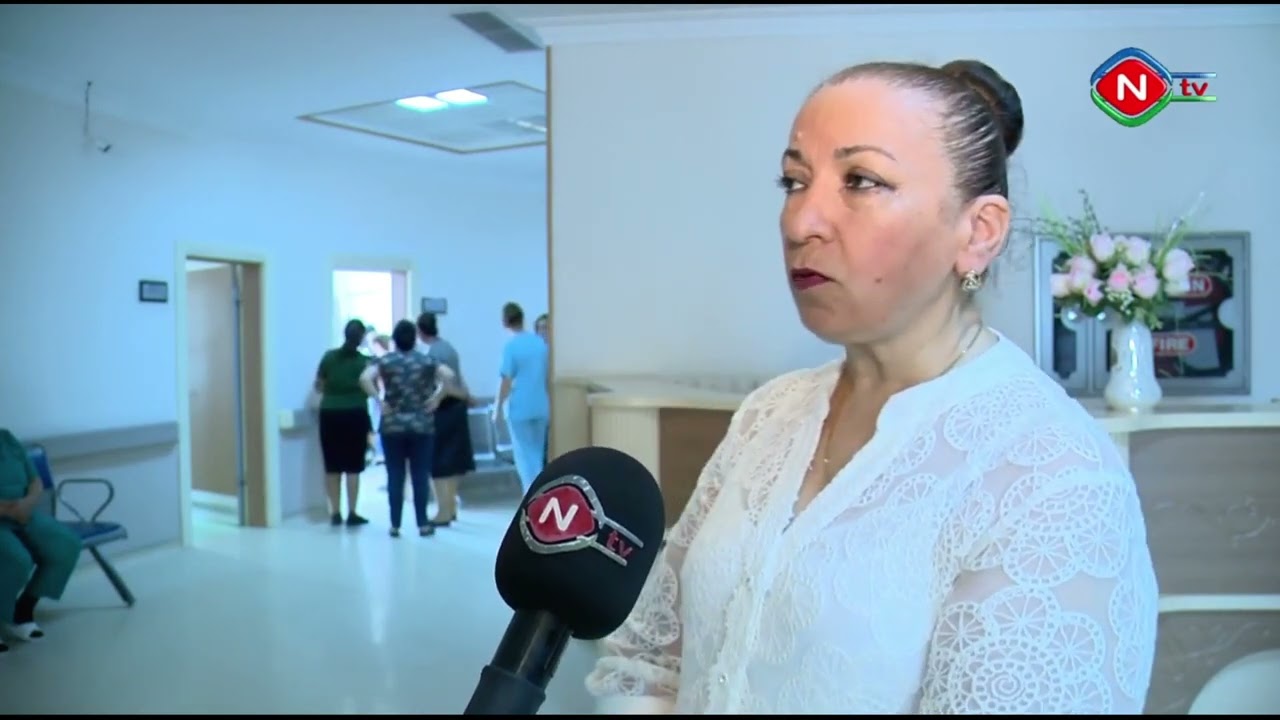 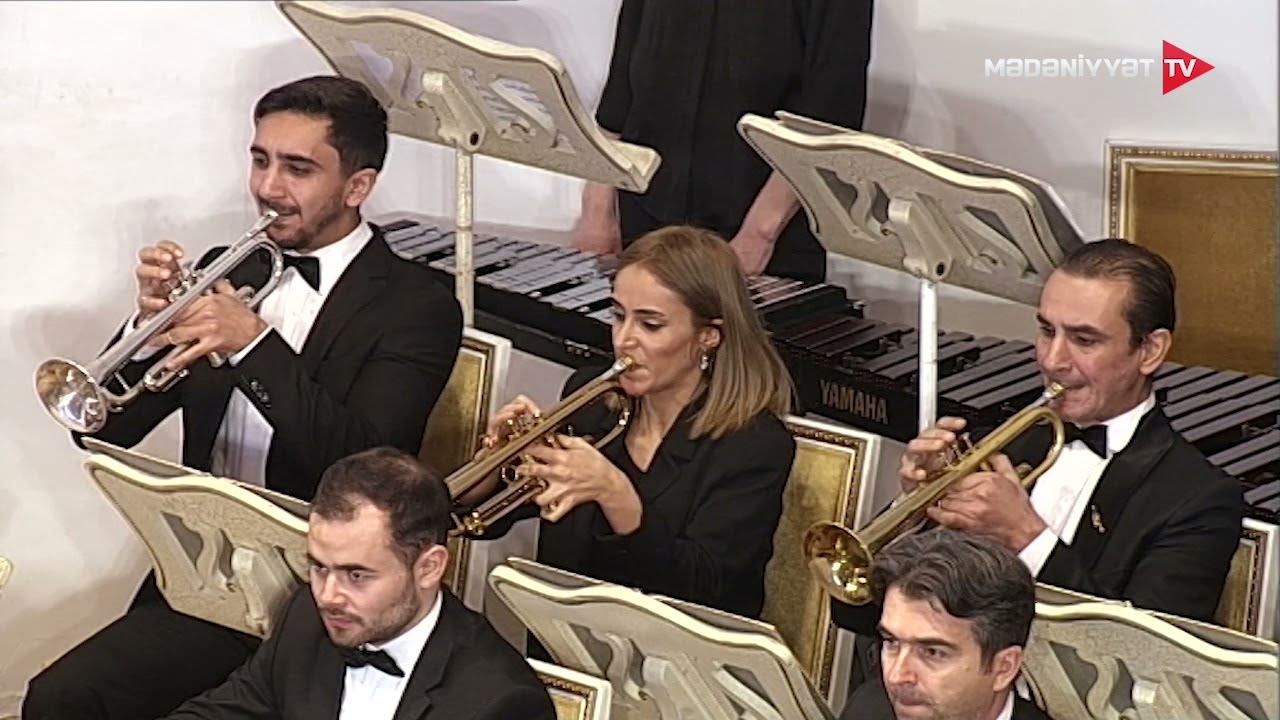 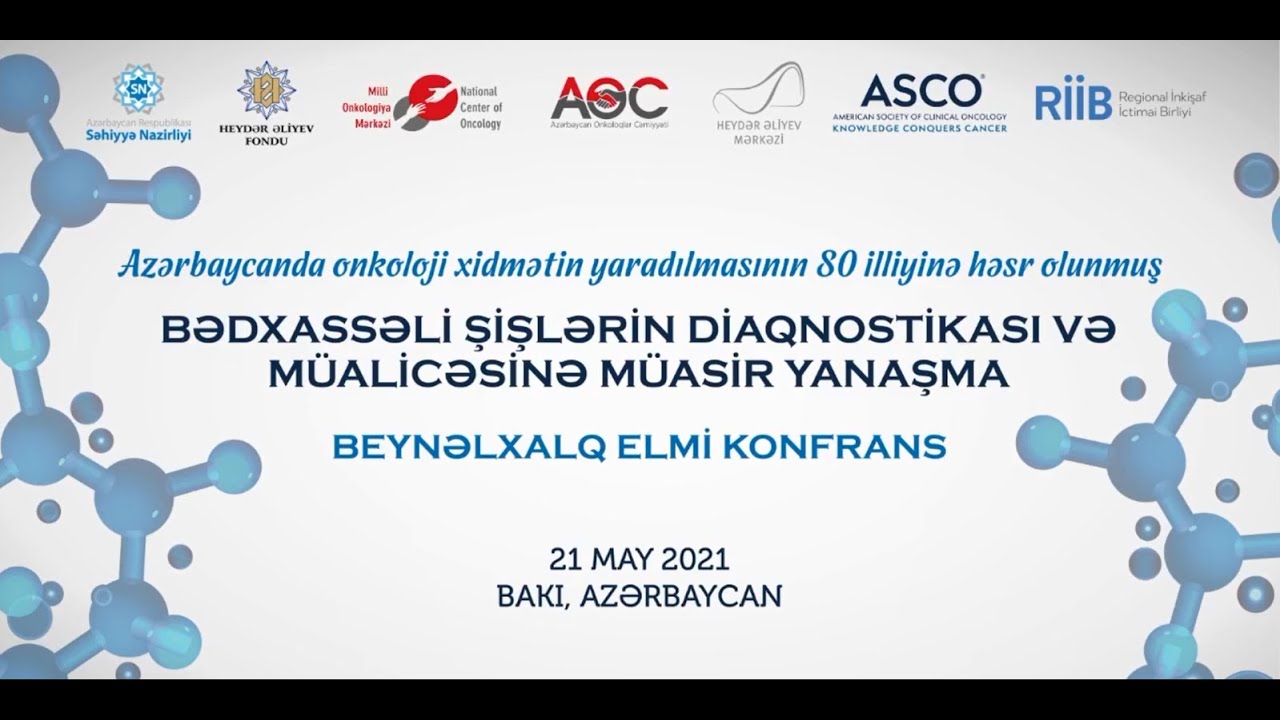 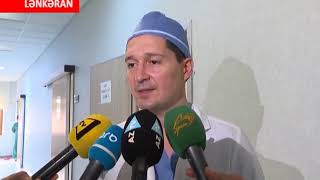